We have just published in Human Molecular Genetics the first study that looked at non-inherited genetic causes of Parkinson’s Disease (PD). The results, although requiring replication, strongly argue for a role of this type of genetic variants in a subset of PD cases.

The vast majority of PD cases is sporadic, meaning they do not have a familial component. Familial cases are more likely to be caused by genetic mutations that are inherited from parents to child, thus increasing the odds of identifying cases within a family.

A substantial proportion of sporadic cases have, however, a clinical presentation that resembles that of familial forms of the disease. An example of this are patients in whom the disease manifests itself early in their life. These cases are commonly referred to as early-onset PD and they usually have an onset of disease before the age of 40-50 years.

The fact that the disease starts so early and is, in many cases, indistinguishable from familial forms of the disease, strongly suggests that genetics may play a role in these cases.

In this work we hypothesized that genetic changes that are not inherited may be responsible for a proportion of early-onset, typical PD.

To test this hypothesis we looked at the genomes of, not just PD patients, but also their unaffected parents. Since we inherit our DNA from both our parents, any genetic changes in the DNA of PD patients that were not present in their parents (de novo mutations) would be likely to be involved in disease. 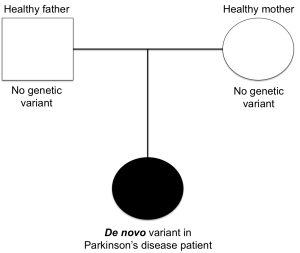 In this study we looked at 21 parent-child trios and found an average of a single de novo coding mutation per trio. When we looked closer at the genes harbouring these de novo mutations, we saw that 3 of them were known to interact with other genes we already knew were causative for PD. We then went on to look for changes in these same genes in a large group of patients we are currently studying as part of an international collaboration (the International Parkinson’s Disease Genomics Consortium – IPDGC). As expected, we did not identify the same genetic changes in IPDGC cases, but we saw several genetic variants that were very similar to the ones we identified de novo. Taken together, all these pieces of evidence strongly argue for the involvement of the newly identified genes in PD.

Although a small scale study (we were only able to test 21 trios due to the fact that it is difficult to identify living parents for patients where the onset of disease is in adulthood), this is the first published study to look for de novo mutations in PD. The three genes identified are very strong candidates to being involved in apparently sporadic forms of PD. For more details on the work see here. 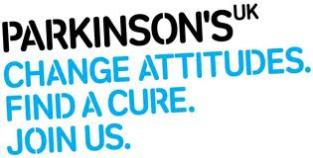 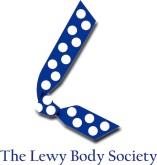